Chris Kremidas, NATO and Political-Military Expert, Liaison to NATO and EU at US European Command at Germany, American. 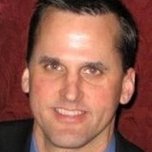 He has also served as Chief Strategist for US Joint Task Force North, NATO Policy Planner at the US Delegation to NATO, and as Deputy Defense Policy Advisor for the US Mission to the European Union (EU).  Previously he served as Regional Cooperation Manager for the Mediterranean region at the EUCOM Joint Interagency Counter-Trafficking Center (JICTC) and served a 22 year career as a US Army Strategist and Intelligence officer.

Mr. Kremidas Courtney is a recognized expert on the NATO Comprehensive Approach and has published several articles on it as well as serving as facilitator and course designer for NATO Comprehensive Approach seminars throughout Europe.  He is also a sought-after expert on countering hybrid warfare, multinational maritime border security cooperation and has facilitated numerous dialogues on information sharing, coordinated responses, and addressing irregular migration.

He earned a master’s degree with honors in Strategic Studies from the Swiss Federal Institute of Technology (ETH Zurich) and a Bachelor of Arts in Political Science from Ball State University.  He is also a distinguished honor graduate of the NATO Defense College and a veteran of Operation Iraqi Freedom.