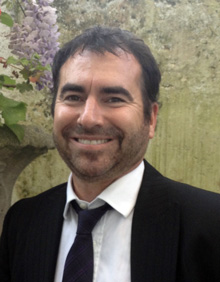 Brooke Smith-Windsor is Deputy Head and a founding member of the NATO Defense College (NDC) Research Division where he covers the Atlantic Alliance’s approaches to cooperative security (global partnerships), crisis management (comprehensive approach) and maritime strategy. Prior to his current appointment, Dr. Smith-Windsor was the Director of Strategic Guidance at the Canadian Department of National Defense where he served for 13 years and co-authored Leadmark: The Navy’s Strategy for 2020 as well as two transformational defense policy White Papers.

Dr. Smith-Windsor was a lead facilitator for the NATO Military Committee in coordinating the 28 national Military Representatives’ input into the development of NATO’s latest Strategic Concept (2010). He also served as a special advisor to the working group that authored NATO’s new Alliance Maritime Strategy (2011). In addition, Dr. Smith-Windsor has deployed with Allied forces including to Baghdad as part of the NATO Training Mission in Iraq (NTM-I), representing the NDC’s first direct support to an Alliance mission in a combat zone. He has been the political advisor (POLAD), both ashore and afloat, to senior Canadian and Allied Commanders including Admiral Michael Mullen, former Chairman of the US Joint Chiefs of Staff, and Admiral Gary Roughead, former Chief of US Naval Operations. In the same capacity, he has been a regular contributor to Deputy Supreme Allied Commander Europe’s (DSACEUR) annual Steadfast Pyramid and Pinnacle training in operational art for newly appointed NATO General and Flag officers, including the graduating class of Lieutenant General Charles Bouchard, Commander of Operation Unified Protector in Libya. In 2014, Dr. Smith-Windsor was designated a “Key Opinion Former” on maritime strategy by NATO Headquarters. In 2015, he became NDC’s sole graduate of the NATO-wide Executive Development Programme (ESCP Europe Business School) designed to cultivate the Alliance’s next generation of civilian leaders. In the same year, he was one of only two NATO officials ever invited to attend the People’s Liberation Army (PLA) National Defense University (NDU) in Beijing, China (International Symposium Course 2015).