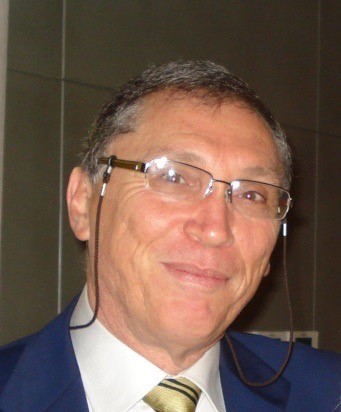 Brigadier General Giuseppe  MORABITO was born in Rome on 3rd December 1959. He attended the 160th Course of the Military   Academy in Modena (1978-80), graduating as a Second Lieutenant. In 1982, after completing two years at the School of Applied Military  Studies in Turin, he was promoted to First Lieutenant.

Brigadier Morabito spent most of his operational career in Bersaglieri units (Italian Light Infantry), serving as a Platoon Commander and then as a Company Commander in the 1st Bersaglieri Regiment in Aurelia (Rome). Between 1992 and 1995, he successfully attended the 117th Senior Course of the Italian Staff College in Civitavecchia and the 1st Italian Joint Staff College Course. He then moved to the Italian Army General Staff in Rome (1995-1998), as a staff officer in the International Training Branch. From February to July 1997, he attended Senior Course 90 at the NATO Defense College in Rome. From 1998-1999 he commanded the 17th Infantry Regiment, after which he served as the Chief of Staff in the Granatieri di Sardegna Brigade in Rome (1999-2003). During this period he participated in missions in Albania, as Chief of Staff of KFOR-COMMZ (W) (2000) and as Chief of Staff of the NATO Headquarters Tirana – NHQT (2002).

After his promotion to the rank of Colonel, he commanded the Sergeant School of the Italian Army in Cassino (2003) and participated in the Joint Force Operation in Bosnia Herzegovina, as SFOR Deputy Chief of Staff for Operations (from January to October 2004). On 22nd February 2005, he was appointed Faculty Adviser and Senior Italian Representative at the NATO Defense College. From June 2008 to June 2012 he was the Chief of the NDC Field Studies Branch. Brigadier General Morabito was promoted Director of the NATO Middle East Faculty, from July 2012 to July 2016. The Faculty organizes courses for personnel from the MENAP region and the Director engaged in liaison, study and research activities with all MENAP countries.

A Strategic Science graduate of Turin University (1999), he completed a postgraduate diploma at the Advanced School for International Civil Servants (S.I.O.I) in Rome (1991-2) and another in Humanistic Science at San Tommaso D’Aquino Catholic University in Rome, as well as several Master’s qualifications in International Affairs (Strategic Science, Mediterranean History, Enlarged  Mediterranean, Albanian history). Since 2007 Brigadier Morabito has collaborated as an external Researcher with three Italian Universities, focusing on the Balkans and the Middle East; he has also lectured extensively on the Middle East at leading military institutions in Italy and their counterparts in the Middle East. Brigadier Morabito has relations on matters of mutual interest with Jordan, Israel, Tunisia, Kuwait , Mauritania and the United Arab Emirates. Since July 2016 Brigadier Morabito is a founding member of the Institute for Global Security and International Affairs (IGSDA), member of the Boerd of Directors of the NATO Defense College Foundation (NDCF) and he is member of the International Institute of Humanitarian Law (IIHL). From May 2019 to January 2021 he was the Director of the Rome Capital Training School and for the pandemic by CV19 from March 2020 he is the Director of the Civil Protection Department of Rome Capital.

For his outstanding last five years of service by a decision of the Italian Minister of Defence, on August 2016 he was promoted to the rank of Brigadier General.

He is engaged with Mrs Maria Lombardo and he has a daughter (Martina, 1990). His interests include history, geopolitics and soccer.

Knight of the Order of Merit of the Italian Republic:

Knight of the Order of Merit of Mauritania;

NATO Medals for Operations in Kosovo and Bosnia and Herzegovina;

Italian Army Crosses for military mission in Kosovo and Bosnia and Herzegovina;

Knight’s Medal of the Sovereign Order of Jerusalem;