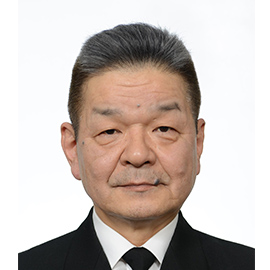 RADM. Nakamura was entered Officers Candidate School of JMSDF in 1974 and commissioned ensign in 1975 and retired in March 2016. After retired, RADM. Nakamura has continue lectures the law of the sea, the law of armed conflict, law of military operations and rules of engagement at the Maritime command and staff college JMSDF and Joint Staff College JSDF as the visiting lecturer. Also the lecturer of international law and Japanese law at Saitama University, Keio-Gijuku University, and the adjunct lecturer at Yokohama National University, Sensyu University, Yamanashi-Gakuin University.

RADM. Nakamura holds a LLM and a Ph.D. from Yokohama National University

“Characteristics of the JMSDF and JCG of Japan – Seen from the establishment process –” The Proceedings of Central Police University, 2017.