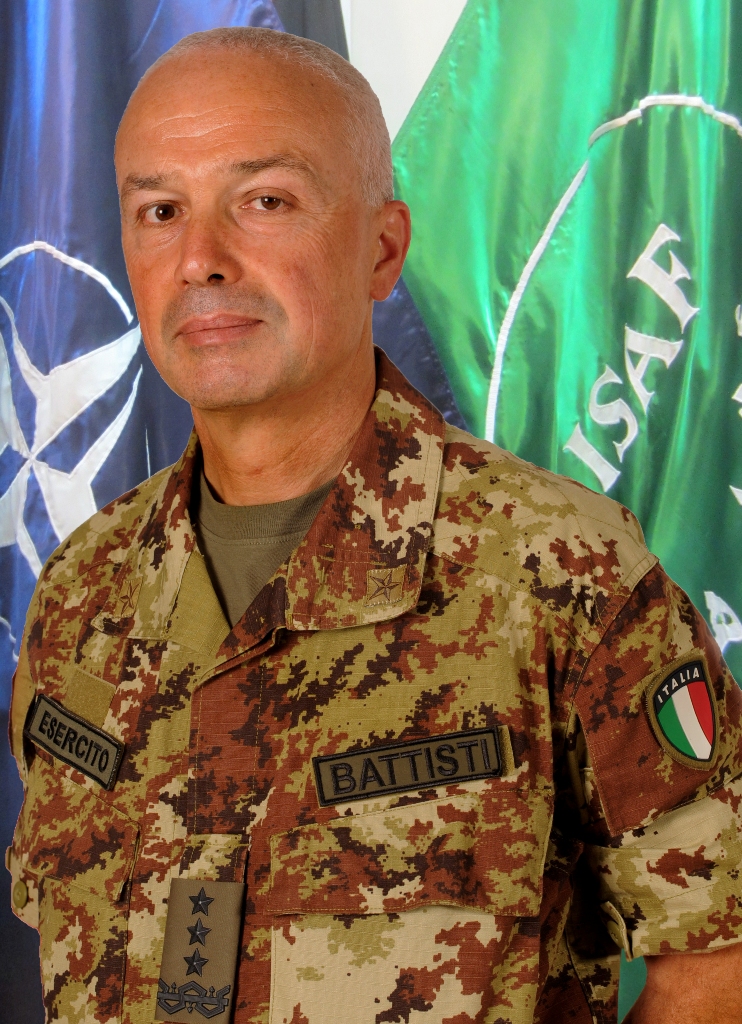 A native of Mantua, Italy, Lt.Gen. Battisti graduated and received his commission as mountain artillery officer at the Italian Military Academy in 1974. He has had multiple command and

staff positions in Italy and abroad throughout last 41 years.

General Battisti has served in command and leadership positions from platoon through Corps and Army Command, including the 29th battery of the “Asiago” group, the 40th battery of the “Pinerolo” Group, the “Conegliano” Artillery Group, the Cadets’ Regiment at the Military Academy, the “Taurinense” Alpini Brigade and the NATO Rapid Deployable Corps – Italy.