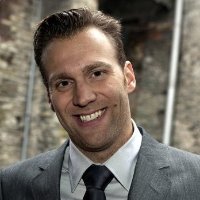 Dr. Seppe is an expert in international affairs, diplomacy and security studies.

He is currently a Research Fellow (Government Official), UAE.

Previously, he was working at American University in the Emirates in the function of Director of International Office, he’s also teaching Emirati students the foundations of security studies and the art of political and military diplomacy.

Dr. Seppe is a Fulbright scholar and received his Ph.D. in political science from Trinity College Dublin. Before starting his PhD, he received a Master’s in Political Science as well as a Master’s in European studies.

His Doctorate was an elaborate study of voting behavior across EU states over a period of 20 years. The study gave insights on individual motivations for making decisions and the model can easily be applied to diplomatic, corporate, and government insights.

During his Doctorate studies, Dr. Seppe also consulted political parties in Belgium and worked on diplomatic and security assignments for the Ministry of Foreign Affairs and the Belgium Permanent Representation to the EU.

Dr. Seppe continues to consult and write on public policy, diplomacy and security.  His two most recent publications includes the Brexit and its consequences on the EU cooperation for security and military.