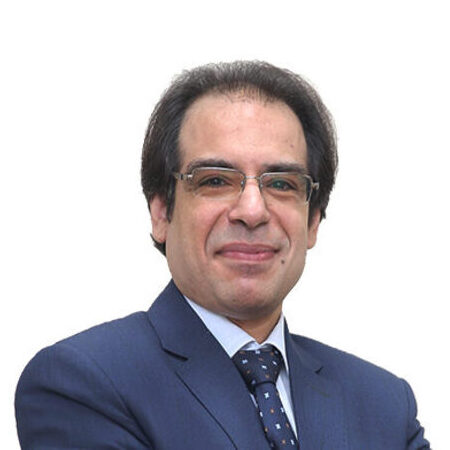 Mohamed El-Guindy is a leading cyber security expert in the Middle East. He works as a cybercrime researcher, cyber terrorism expert, and consultant for international organisations and his work on cybercrime has been cited in several international publications. He’s also Director of Operations of IGSDA.
Dr. El-Guindy is a Cyber security and Cybercrime consultant to the United Nations Office on Drugs and Crime (UNODC) developing and delivering training to Justice, Law Enforcement and Intelligence Departments. Furthermore, he works as Cybercrime Expert at Faculty of Law, the British University in Egypt and works as Information Security advisor to the Assistant of Prime Minister of Egypt (Information and Decision Support Center) and Digital Transformation Advisor to the Prosecutor General’s Office. He was invited by Ministry of Defense to deliver speech in front of H.E. President Abdel Fattah Al-Sisi about Hybrid Warfare and Social Media.
Mohamed is the representative of the Information Systems Security Association (ISSA) in Egypt, and frequently represents Egypt in UNESCO International conferences and participated in drafting UNESCO IFAP declarations.
Currently, he presents a Technology TV Show called “Tech Talk” on (Al Kahera Wal Nas), in which he delivered over 180 episodes tackled variety of technical and scientific topics. Mohamed is member of several international organisations related to technology and engineering and Ambassador to the Society for Computers and Law –UK, Member of Council of Europe’s Octopus Cybercrime Community, Member of International Association for Crime Analysts-USA, and Member of the International Association of Engineers.