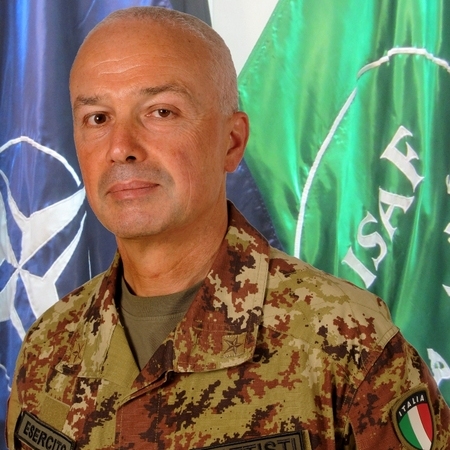 Giorgio Battisti is a retired Lieutenant General in the Italian Army after 44 years of military service.

Throughout his career General Battisti has held multiple command and staff positions in Italy and abroad. He took part in the UN mission to Somalia in 1993, and the NATO one to Bosnia in 1997. Furthermore, he deployed to Afghanistan four times, in 2001/02, 2003, 2007 and 2013/14. During his last tour of duty in Kabul General Battisti served as ISAF HQs Chief of Staff.

Gen. Battisti’s education includes a degree as well as a 2nd level Master’s degree in Strategic Studies from the University of Turin (Italy).

He is Vice President of the International Institute of Humanitarian Law (Sanremo-Italy), President of Military Commission of the Italian Atlantic Committee (Rome) and member and the Institute for Global Security and Defense Affairs (Abu Dhabi).