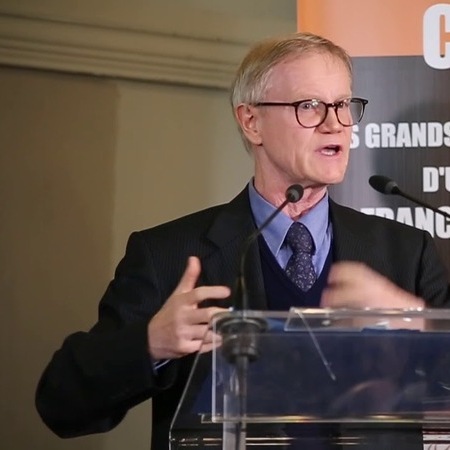 Prof. Marc Lavergne, Emeritus Professor at the University of Tours (France) and Head Researcher at the National Center for Scientific Research, is among the most experienced Western Academics in the field of Middle Eastern and East African societies. His first field works in the 70’s on Syrian (M.A.) and Egyptian (PhD.) Peasantries were followed by an assignment at the Saudi Arabian Ministry of Agriculture (1981). He then joined the French MOFA, as Head of the French Sudanese Scientific and Technical Co-operation, based at the University of Khartoum (1982), and later as Head of the French Studies and Research Center on Contemporary Middle East in Beirut and Amman (1988).
After joining the National Center for Scientific Research in 1991, he held several positions within French Academic Institutions dealing with the Geopolitics of the Mediterranean, the Middle East and North Africa as well as the Horn of Africa. After serving in various international missions, he was again tasked by the French MOFA to head the French-Egyptian Center for scientific Research and Co-operation based in Cairo (2008).
Prof. Lavergne is thus an internationally recognized reference on crises and conflict situations in a wide area. Having been a Board member of International NGO’s, such as Doctors Without Borders or Action against Hunger, he has been an early field observer of disturbances and armed struggles affecting this part of the world, from Mauritania to Afghanistan, Southern Sudan to Iraqi Kurdistan. He thus was assigned to several Peace Building International Missions, as Legal and Political Adviser, or Humanitarian Expert and Co-ordinator of the UN Security Council Panel of Experts.
Besides his present Academic commitments with younger scholars worldwide, as with international NGO’s, he is a member of IGSDA and holds a weekly chronicle on regional and global geopolitics in the UAE Al-Roeya daily newspaper.