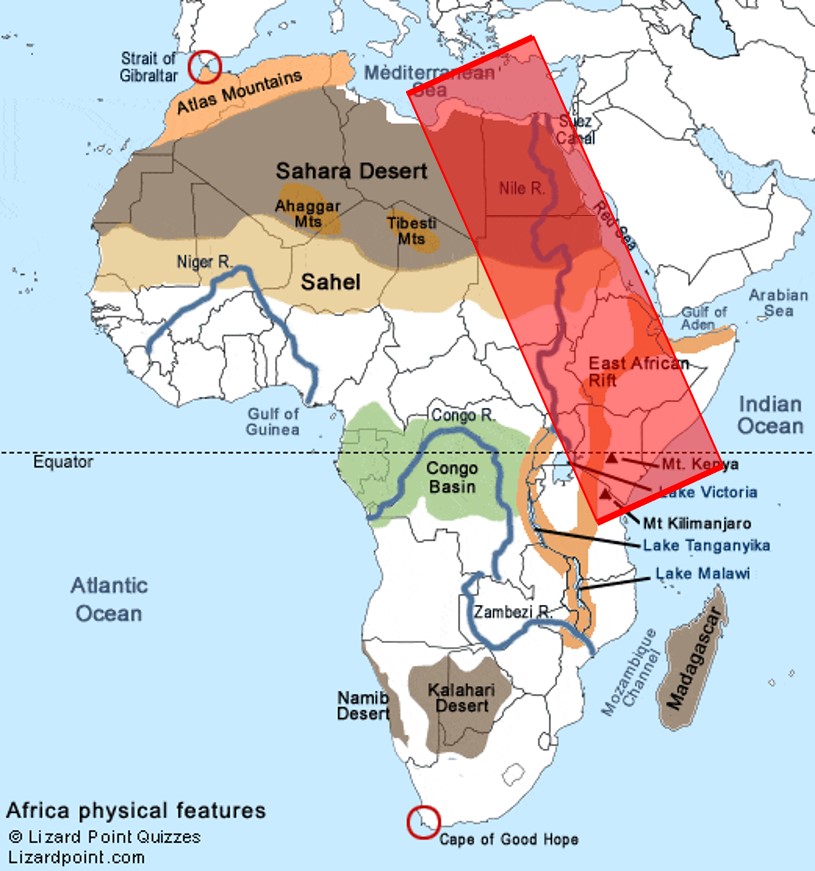 “I repeat that the waters of Egypt are untouchable and touching them is a red line; this could lead to the region experiencing instability that no one can imagine”.

The above is one of the statements of Egyptian President Abdel Fattah Al-Sisi today, March 30, during a press conference held at a news center of the Suez Canal Authority in Ismailia.

I claim the last part of Al-Sisi’s statement, in which he said, “this could lead to the region experiencing instability that no one can imagine” was made in a reference to the fact that relations between the countries of the Horn of Africa are tense, and the conflicts between them are not new and full of issues and contradictions, as well as the Somali division, the recent ongoing military tension between Sudan and Ethiopia, the old one between Ethiopia and Eritrea, the extremely difficult conditions of Southern Sudan, the rebellion movement inside Ethiopia, and the inflamed Yemen. All of these expos the region to increased disturbances and more affected countries. We should not forget that if the Bab el-Mandeb Strait and the Red Sea are affected by the possible escalating events, this will not only threaten Egyptian national security, but also threaten the main see navigation artery in the world.

With regard to the military position of Egypt and Ethiopia; which of the two countries is more ready for war?

At a time when Egypt is facing the threat of terrorism alongside the accumulated vulnerability at home, we find the inflammation of the situation and the catastrophic failure in the countries surrounding Ethiopia, and the emergence of rebellion within it, are considered to be the most serious threat to it. Also, power comparisons surely outweigh a country whose defense budget in a single year is twenty times that of its southern opponent. Do you imagine a state’s army whose budget is about $ 10 billion in the last year in confront with another country’s army, whose expenditures are about $ 500 million? Not to mention the comparison in the size and the quality of Fighter aircraft and bomber attack aircraft between the two countries, which are the most important in conditions such as these, as well as the size of the naval vessels in Egypt that can achieve support from a certain distance to air and ground forces fighting in a locked country.

There is no doubt that the current negotiations and calming the political and security positions in the eastern Mediterranean region and in Libya between Egypt and Turkey in relieve huge burdens on Egypt, where Egypt cannot be more powerful and stronger when dealing with Ethiopia southward without settling the situation in the north with Turkey or at least calming it down.

The Big Question is: To whom is the Egyptian President sending his message today?

I would argue that what Sisi said today carries a clear message, but it is not only for Ethiopia, but also to some specific countries in the region which have interests in the Horn of Africa and the Red Sea region, mainly countries that are used to be the closest and the dearest to Egypt. I do not think it is a message of antagonism as Egypt does not need to add more enemies, but perhaps an alert or a warning of the consequences of a war that could break out between Egypt and Ethiopia in a self-igniting region. More dangerous than the war are the measures that Egypt may take with, towards, or through the countries neighboring Ethiopia. The message also appears to be sent to the major powers, reminding them the potential damage to their interests in the Horn of Africa and the Red Sea. China is spending huge sums for its expansion in the Horn of Africa, the United States is confronting China efforts by all means, and Russia has dumbed East African countries with weapons. In other words, the flames do not lack fuel. In the event of a war between the two countries, chaos will spread without a near return to calm. At a time when Russia relatively benefits from the arms trade, the United States will become more scattered, and I claim that China might become the biggest loser.

When Sisi declared (Sirte – Al-Jufra) is a red line in June 2020, as an Egyptian stand toward the Turkish intervention in the Libya territory, it seemed that the green light was more clear than the attitude towards Ethiopia, as Sisi relied, not only on his military strength and the requirements of Egyptian national security, but also on his reassurance of the strength of American, Russian and European pressure on Turkey and the Sarraj government to make Turkey withdraw its militarily forces in order to avoid the awaited instability in Libya and the Eastern Mediterranean in the event of a war between the two sides, as the interests of the all countries will be severely affected. This time in the Ethiopian position, it seems that Sisi made his statement “this could lead to the region experiencing instability that no one can imagine” with the aim of urging major powers, regional powers and the Arab countries involved in the Horn of Africa and the Red Sea, mainly the United States, China, Russia, Turkey, Iran, Israel, Saudi Arabia and the UAE should deal with Ethiopia as dealt before with Turkey less than a year ago, or at least not to continue providing support to Ethiopia or conducting farther positive coordination, as the Nile waters are the most important issues of Egyptian national security that cannot be tolerated in any way, whatever the consequences.