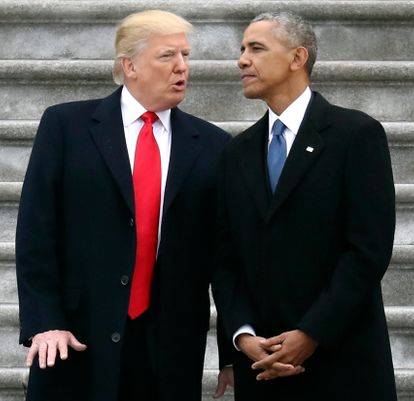 Facebook0Tweet0LinkedIn0Pin0
I think that the current external policy adopted by the US in the Middle East is the “Realism”. It has been adopted first by President Obama since 2013 when he discovered that his previous policy the “Internationalism” did not work in region.
Obama decided to keep on “Realism” with a strategy he called “Leading From Behind” as he decided to withdraw from most of countries of conflicts which the US is involved in, making these countries of conflicts solve out their problems by themselves after giving them all possible requirements needed.
President Trump is keeping on same policy, same strategy; but using his own mechanism, bearing in mind that President Trump (as I think) mainly builds his decisions on three pillars: (Trump first – Profit – Obama is wrong and Trump is right).
Sayed Ghoneim
Fellow, Nasser Higher Military Academy
Chairman, IGSDA
Post Views: 531
Share:
Facebook0Tweet0LinkedIn0Pin0