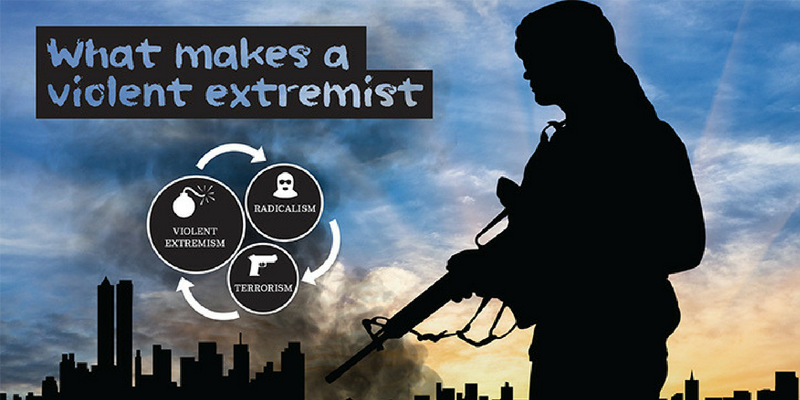 It is doubtless that the most important regional rivalry in the Middle East is between the two regional powers: Turkey and Iran. Each of the two countries has a major regional strategy which extends out other regions. Significant activities of both countries are traced in the Middle East, North Africa, Horn of Africa, the Balkans, Central Asia besides others; not to mention the Iranian incursion into South America which is the backyard of the United States.

There is no doubt that terrorism is a threat to any society as it undermines peace, security and the most basic human rights of secured life and sustainable development. No country or region is immune to its impact. It is neither a new phenomenon nor limited to a particular region, nationality, or ideology. Terrorist groups, such as the Islamic State of Iraq and Sham (ISIS), al-Qaeda, the Boko Haram group and others, are composed of many nationalities and sects. Nothing justifies terrorism, but we also have to acknowledge that it does not occur in a vacuum. Unstable societies contribute to its causes.

Definitions and concepts of terrorism

There are many definitions of terrorism including Oxford dictionary which defines it as follows: “The unlawful use of violence and intimidation, especially against civilians, in the pursuit of political aims”.

Although the United Nations has not yet reached an internationally recognized definition, it continues its attempts until the Security Council passed resolution 1566 (2004) on terrorism, which reads as follows criminal acts, including against civilians, committed with the intent to cause death or serious bodily injury, or taking of hostages, with the purpose to provoke a state of terror among the general public or a group of persons or individuals, or to intimidate a population in order to compel a Government or an international organization to do or to abstain from doing any act.

The North Atlantic Treaty Organization (NATO) has defined terrorism as “The unlawful use or threatened use of force or violence, instilling fear and terror, against individuals or property in an attempt to coerce or intimidate governments or societies, or to gain control over a population, to achieve political, religious or ideological objectives”.

Despite the multiplicity and the overlap of the root causes of extremism and terrorism, it can be summed up in social, economic, political and security reasons, as well as international and regional external causes.

From my point of view, the social causes are the increasing demographic pressures, severe deterioration in the provision of public services, the hostile legacy of injustice, the political and institutional marginalization, the deterioration of education and scientific research, the improper understanding and application of religion and its teachings, the spread of extremist ideas in prisons; as a result of violations, torture and deliberate humiliation, the wrong and false inherited cultures and ideologies. Other causes include misusing the social media which expose young people to messages of incitement and extremism, the illegal migration, the movement of displaced persons and refugees in an unorganized or controlled manner, the growing media platforms that incite extremism and terrorism, and the breadth of cultural and civilizational gap between the western countries and other countries in general, and the Arab and Islamic countries in particular.

Economic causes can be summed up in the lack of economic and social opportunities, the variation of economic development rates, the continuous and random flight of creators and productive individuals, poverty and severe economic decline, concentrating the state’s resources in certain institutions and the widespread of unemployment.

Political and security causes include bad governments, the violation of human rights, absence of rule of law, arbitrary and unjust enforcement of laws against the weak, with the exception of special interest groups and businessmen, empowering the security agency to become a state within a state, the growing divisions among elites, leading to a split between ruling elites and the institutions. They also include the intervention of other countries or external political actors, and their insistence to apply freedoms and democracy mechanisms holistically in societies suffering from conflicts and inherited misconceptions using the same thought and mechanisms applied in stable and culturally aware communities, loss of the state legitimacy, proliferation of weapons and world trafficking, as well as civil wars and extended disputes.

Moreover, the external causes, international and regional, include the conflicts of interest to become influential globally and regionally, the failure to reach fair and decisive solutions to conflicts and extended issues in the region, the insistence on the implementation of the policy of double standards mostly by the superpowers, the support of some countries to internationally banned terrorist groups, insisting on hosting, protecting and supporting extremists, as well as wrong strategies to combat violent extremism.

There is no doubt that extremism and terrorism have a profound impact on the countries of the region, the North Mediterranean countries and even all over the world. There are (67) terrorist organizations and groups that have been banned internationally until the end of 2014, including (32) terrorist groups in the Middle East, of which (18) have been banned since 2014., Many of them have declared allegiance to “Dae’esh”; thus, undermining peace and security, sustainable development and brain influence by targeting modern education as a major threat to the ideologies of violent extremism, the increasing number of displaced persons and refugees, and illegal migration, and the spread of cross-border crimes.

On the other hand, terrorist attacks may randomly impact the European demographics due to illegal immigration and exodus of refugees, and the increasing freedom-restricting security measures both for residents of the Middle East and North Mediterranean countries, or for those coming to them, and thus threatening the values and principles of tolerance and freedom, the matter which may force the European countries to tighten measures against Muslim minority, paving the way for recruiting European and American Muslims by the terrorist groups.

Also, the terrorist attacks have an impact on the economic growth which is based on openness and freedom of movement in the European Union (EU) states, in addition to possible counter-reaction by some extreme rightists in Europe, which makes the matter worse, particularly that some countries have a tendency towards isolationism to avoid the negative impact of terrorism.

New Great Game for the Red Sea and the Horn of Africa: RCAST Security Webinar Series #1