‘What Biden’s Administration Is Faced with in the MENA Region: A Reality Check’ – Video 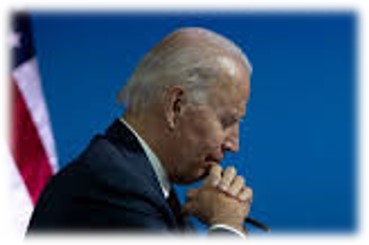 At the outset, we have to admit that it is a clear fact on the ground that the U.S. is no longer in control of the keys to matters in the Middle East as the situation was before. The Biden administration has started with a wave of executive actions addressing pressing foreign policy issues with an immediate reversal of several procedures that had been taken by the Trump administration, in an attempt to rebuild the international order in a way that seems focusing once again on American standards and values, as well as on international agreements and treaties. This shows Biden’s attempts to restore or even reformulate the six regional orders with the international order context, including the Middle East region. However, the Biden administration faces many variables and challenges that may hinder its efforts in the region.

5. Maintain freedom of the U.S. maritime navigation and global commercial passage through the main sea lanes in the Middle East – the Strait of Hormuz, the Bab al-Mandab Strait, and the Suez Canal.

CHANGES AND CHALLENGES CONFRONT BIDEN’S ADMINISTRATION IN THE MIDDLE EAST

Is it possible to return to the Joint Comprehensive Plan of Action (JCPOA)?

Despite the issuance of the decision to lift the U.S. sanctions on Iran, and the initiation of the new U.S. administration to return with the JCPOA to before May 2018, there is a serious problem that resulted from Trump’s wrong policies towards Iran, which is that Iran succeeded to upgrade its nuclear project as an internal reaction to Trump’s policies. Who guarantees the capabilities of the Iranian nuclear project today compared to the capabilities of the same project two and a half years ago? Iran has the right to be a strong and stable country, but if it acquires a nuclear weapon or increases its nuclear capabilities, who is the guarantor of the future stability of the region? On the other hand, the Iranian nuclear program is no longer what threatens Israel and the Gulf countries alone, as there is a consensus from Saudi Arabia and Israel that the Iranian missile arsenal has become a serious threat; this was confirmed by Rouhani’s statement on 14th of December 2020: “The ballistic missile program and regional issues are not negotiable”.

Is it possible to restore the U.S. strategic alliance with Turkey?

Two principal factors have driven a wedge into Turkish once-robust relationship with the U.S.:

Equally divisive has been Turkey’s decision to acquire advanced Russian air defenses (the S-400). This is not the only issue, relation between Turkey and Russia have become more interconnected. On the other hand, we find the tense Turkish relations with its neighbors in the Middle East and Europe; these all create more challenges and burdens in front the U.S. interests in the Middle East and Europe.

The Deal of The Century and Israel’s annexation of the Palestinian settlements: will they continue?

The U.S. Democratic Party, mainly Biden, were against Israel’s annexation of the Palestinian settlements and against moving the U.S. embassy to Jerusalem. The U.S. Democratic Party sees the Palestinian Cause from a different angle of Trump; and the current situation forms a challenge to Biden administration. Even though, it will be very difficult to undo the developments that the Trump administration has established in this regard. I may here recall what my American colleague Dr. John Siko said to me literally concerning this issue: “I would explicitly add that the U.S. Jewish community overwhelmingly supports the Democratic party.” These may invite Biden to reconsider the solution to the Palestinian issue, perhaps far from Kushner’s deal of the century.([6])

How to stop the escalation of the crises and the deterioration of the security environment in the region?

In Syria, al-Assad is still in control of the situation, in the time the U.S. and the European forces fighting terrorism are less influential than Russia. The U.S. was not able to “lift a finger” in front of the Turkish military forces expansion in Syria and at the borders with Iraq, but Russia was able to manage and contain the competition between the regional powers (Turkey, Iran, and Israel), in a way that achieves Russian interests and enables it to maintain its influence in Syria. ([7])

In Lebanon, political, economic and security situation depends, to a large extent, on the nature of future relations between the U.S. and Iran. Iran still has a considerable influence in Lebanon and largely controls its political decision and controls the Lebanese security situation, especially with the continued rule of Assad in Syria, which affects the strategy of the U.S. and its interests in the Middle East.

In Yemen, I think that Biden sees the humanitarian crisis as exacerbating and the terrorist activity of Al-Qaeda continuing just as the enemies of the U.S. have increased after including the Houthis in the U.S. list of proscribed terrorist organizations. This severely threaten the security of navigation in the Indian Ocean and the Red Sea, which considers one of the main U.S. five goals in the Middle East

As for Libya and the Eastern Mediterranean, they have become areas of dispute over economic wealth and influence, and they become a foothold for Russia politically and militarily, and China may soon have a political role, in a way that form a direct threat to the interests and security of Europe and NATO and weakens the influence of the US.

All of the above constitute major dilemmas facing the Biden administration, especially with the prospects of further diminishing American influence in the region in general and reducing the military presence / support in particular.

How to restore trust of the countries of the region on the US?

Specific issues have negatively affected the degree of trust of Arab countries on the US, mainly the U.S. strategic mistakes, with Russian fake news targeting the reputation of the U.S. and China’s soft policy and its economic approach to the region. Not to mention the lack of confidence of the Arabs in the policies of the Democratic Party towards them in the first place, we find many Arab countries, including the Palestinian Authority don’t trust on either Democrats or Republicans. The Trump administration had put on red lines that should not be crossed, the most important of which is the security of Israel and control of Gulf oil and money. More specifically, I think that despite Trump’s constant support for some Arab leaders, he did not achieve fundamental gains for his Gulf allies or Egypt compared to what he achieved for Israel, such as, (Palestinian settlements’ annexation – moving the U.S. embassy to Jerusalem – normalizing relations between Some Arab countries and Israel – recognizing the sovereignty of Israel on the Golan Heights, …).

The Arabs also see Biden and the Democrats representing a country that claims values and ethics, but with double standards exploit human rights and freedoms as a pressure card at the expense of other important national constants and interests; the main goal was to maintain the U.S. interests.

Is it possible to maintain a balance of the U.S. foreign policy toward the region between the U.S. values and interests?

Democrats used to protect the U.S. values ​​inside the U.S. and all over the world, mainly the Middle East. Although Obama was supporting the values of Arab Spring revolutions, Joe Biden and Hillary Clinton differed with him as they saw the fall of the Mubarak regime, which used to preserve political balance in the region, will turn the region to chaos, and will severely affect the U.S. interests in the Middle East.

On the other hand, Trump sided very pragmatically with what he considered (American economic interests) without any regard for the values. Hence, I think that Biden will face the problem of restoring the balance between American values ​​and interests, as Trump used to provide full support to some Arab leaders from the perspective of the purely American interest (this includes all aspects of the U.S. interests).

Is it possible to restore the U.S. prestige in the region, in more partnerships with more allies, mainly in front of its competitors (China and Russia)?

I think that the U.S. policy towards Israel and its allies from Arab Gulf states was one of the main factors that allowed Russian influence to leak out in the region, as well as created the appropriate conditions for China to exercise new military and political movements in the region, such as, joint military manoeuvres with Russia and Iran, and launching an invitation for open dialogue platform between the Gulf countries and Iran based on the JCPOA. This was also helped by the immunity that the U.S. guarantees to Israel, such as the ambition of hegemony and the nuclear arsenal, which reduced Washington’s credibility with other regional players and made it vulnerable to approaches by competitors. These all affected the U.S. hegemony and influence in the region.

What Biden Administration will do if Mohamed Bin Salman (MBS) becomes a King tomorrow for any reason?

On 16 February 2021, White House said: “Biden will only deal with Saudi Arabia’s King Salman directly”[8]. This is, I think, embarrassing Prince MBS in front of the world, and limits his freedom in Saudi foreign relations. And this may create direct enmity with the Saudi crown prince in the future, especially if he ascended the throne soon for any reason

To confront these challenges in the Middle East, Biden administration may work to achieve the following:

3. It is still likely that the U.S. will have to reduce (not to stop) its intervention in the internal issues of the countries in the region, avoiding involvement in counter-terrorism operations or confronting the dictatorial governments, as a step to shift to focus on global competition in the regions of the economic growth resources; bearing in mind that terrorism continues as long as its roots remain, and the US, regardless of its economic power, must set its practical priorities.

Day after day, the Sino-Russian relations are deepening and deepening, moving beyond the stage of bilateral cooperation to comprehensive strategic participation. After the Moscow summit on June 5, 2019 – and since its inception in 1949 – the relations between the two countries reached an unprecedented level of participation and multi-field strategic cooperation following the signature of the two presidents A wide range of agreements, on top of which is the joint declaration to develop full-participation and strategic cooperation relations that include new missions and long-term milestones, in addition to more than thirty agreements in all areas of civil, military and security cooperation, political, economic, humanitarian and other issues between them. Among the most prominent indications and dimensions established by the Moscow summit between the two countries are the following:

The Interpreter, The Lowy Institute, What Russia wants in a multipolar world, 31/10/2019.

The Interpreter, The Lowy Institute, What Russia wants in a multipolar world, 31/10/2019.