Struggle in the Canal: Six Days That Shook the World 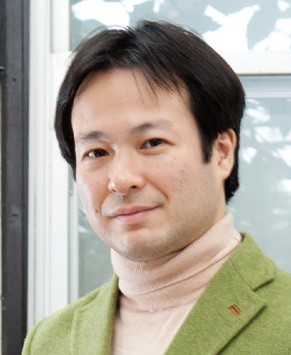 The global transport crisis which started on March 23 caused by the stranded container ship Ever Given ended abruptly on March 29. A week of struggle to salvage the giant cargo ship which had been blocking the Suez Canal, a vital transit route for global transportation, reminded us many things which have been forgotten or taken for granted.

First, the geopolitical importance of the Middle East remains unchanged. In these days, the world attention tends to be concentrated on U.S.-China rivalry which mainly occurs over the Pacific and the Indian Oceans, eclipsing the centrality of the Middle East as the focus of the global power struggle. When the Suez Canal was shut down, however, many were reminded how vital it was.

Second, the issue of Suez Canal is a global issue. The canal is still the incomparable and unbeatable route of maritime transportation connecting Europe and Asia. The ship Ever Given is owned by a Japanese company Shoei Kisen Kaisha, which is a subsidiary of the large shipbuilding company Imabari Shipbuilding and chartered and operated by a Taiwanese container shipping company Evergreen Marine, part of a transportation conglomerate Evergreen Group which owns also international airline EVA Air. The ship was managed by German company Bernhard Schulte Shipmanagement and all sailors are Indian nationals. Rescue operations were conducted by Egyptian Suez Canal Authority joined by Dutch company Royal Boskalis Westminster and its subsidiary SMIT Salvage. Insurance coverage is provided by mutual P&I Club of UK.

Third, even though it’s a global issue, it still is an Egyptian matter. Suez Canal is a matter of sovereignty for Egypt. Hundreds of thousands of Egyptian lives have been lost for construction, regaining control and protection of it from foreign occupation and domination.  The construction of Suez Canal was done by participation of more than a million Egyptian laborers. It’s natural that offers of help from British or Turkish entities were rejected. Finally, the Egyptians showed their strength after a decade of political upheavals and economic stagnation. There was a sublime drama of Egyptians who worked day and night digging under the giant ship on board the dredging ship “Mashhour” and workers and sailors on the tugboats who united their hand pulling Ever Given, with the help of stars, suns and supermoon which made the tide high and gave them the final push refloating the grounded ship. It reminded us the true resource of Egypt is its people, with its thick strata of the middle-class professionals and laborers which is incomparable in the Ara