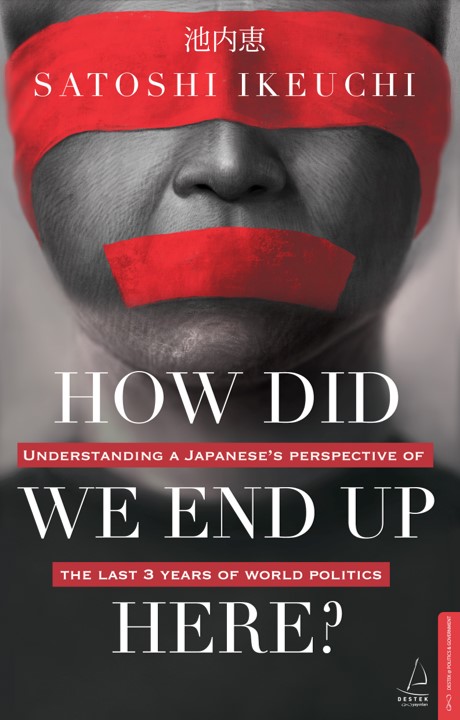 The book How Did We End Up Here? is a compilation of 105 columns which observe the transformation of the Middle East order from a Japanese point of view, in a peculiar moment of history when the humankind has been experiencing a great transformation and turning points.

These columns chronicle events from 2019 to 2021. The first half of this book was written while frequently traveling back and forth between Japan and Middle Eastern cities, Ankara, Beirut, Cairo, Dubai, Doha, and Istanbul.

The second half was written while being trapped in the room in my hometown under the COVID-19 travel restrictions.

When I started writing these columns, the world order was beginning to be transformed, in a slow motion. It was a transition of the yesterday’s order in which the Middle East was the center of the international politics and security, to the tomorrow world in which the East Asia centered on China is the focal point of the international politics and Levant and the Mediterranean Sea regions including the Europe are in the twilight at the “Far West” of the new world order.

These columns were written with the aim of witnessing the process of this historical transition in which the center of gravity of geopolitics gradually moved eastward and into Asia at a steady but invisible speed.

Unexpectedly, this change gathered pace sharply with the arrival of COVID-19.

China became the ominous center of the COVID-19 plague which knocked the world into the dark. The human community was blacked out and people’s lives have been locked down.

In the dark, the world’s pivot to Asia was further accelerated.

What will happen to the world when all the COCVID-19 calamities are over? This chronicle is an effort to light the path in an era of darkness.

The US Commitment to Asia